Perhaps one of the most 90’s things you’ll ever see is this promo / instructional video for Windows 95 starring Jennifer Aniston and Matthew Perry. Having lived & loved through Windows 95 … I couldn’t stop watching this.

It is always difficult coping with the loss of a pet. For many people – such as my own family – pets are not animals, they are family members. My family has been incredibly lucky and privileged to love and live with 3 wonderful, beautiful, loving, friendly dogs. Jake, Bandit and Reggie. Our dogs were not pets, they were our family members. My brother and I had additional brothers, my parent’s had additional children. My family has had a dog for as long as I can remember. My brother and I were just little kids when we got our first dog, Jake. He was a puppy, my brother was a toddler, and I was a few years older. The story and joke is that we were all puppies together, and that we all grew up together. There has always been a dog in our home and in our hearts.

As we aged, so did they. Our time with each dog was staggered and overlapped. Between my 3 furry brothers, there has always been a dog in my life. Their losses were all devastating.

Over time the pain weakens. You remember only the good memories and stop replaying the loss. We have many funny and wonderful stories about all of our dogs. We will always love them and always miss them, but we’re left with fantastic memories that always make us smile or laugh as we reminisce.

Rainbow Bridge is a poem that has always helped me through the loss of a pet. I forget about it as time passes because I move from sorrow to joy as I remember the good times. However, I always come across it again when needed. Now is one of those times. This poem brings me some comfort at sad times like these, and I hope it will help you if you ever feel the same. 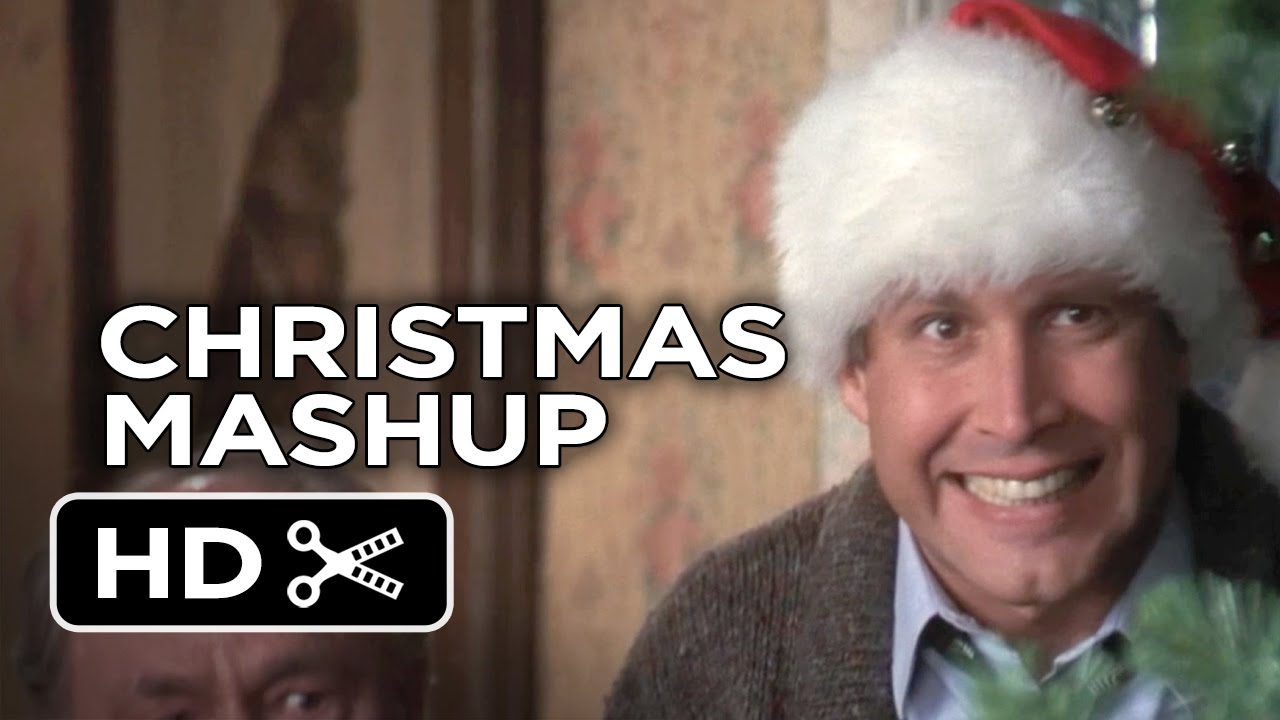 Welcome to December. With just 24 days until Christmas, I wanted to share this incredible mash-up of iconic Christmas movies and television specials set to one of Darlene Love‘s classic Christmas songs.

I think I’ve watched every single movie or television special featured in this video; each one of them bringing back so many fond holiday memories. Watching this great mash-up overwhelms me with Christmas spirit, it is so well done and must be shared!

Jim Henson passed away on this day in 1990. All of my childhood pop culture references revolve around Jim Henson and his creations including the Muppets, Sesame Street, and so many more.

I have so many wonderful childhood memories all surrounding the work of Jim Henson, many of which still take place today as holiday traditions with my family. Nothing quite beats a buffet of snacks and treats, camping out on the rec-room floor, watching great Christmas specials like Muppet Family Christmas, Christmas Eve on Sesame Street, Emmet Otter’s Jug Band Christmas, and more.

Jim Henson and his team helped raise and inspire generations of people. He is greatly missed and the world needs more people just like him.

10 years ago today, a widespread blackout hit Southern Ontario and the American northeast that affected more than 50 million people. Some didn’t have power restored for days. This is my story, as I remember details from August 14th 2003.

I was living in Toronto at the time – on the 15th floor – when the power went out just after 4pm. I remember thinking “oh great, it’s hot today, I hope this doesn’t last long so the AC can come back on!” … little did I know this was no ordinary power outage.

Most of my building’s residents were gone for the summer – so it was like a ghost town.

With the building’s elevators out of commission, I did not feel like trekking 15 flights of stairs down to the ground floor. Or rather, I did not want to walk UP the 15 flights of stairs when it was time to head home. My roommate showed up around 6pm (yes, he did all those stairs – but in addition to being a huge stoner, he was also an athlete, so I suppose it wasn’t terribly difficult for him). He was an IT intern for a major bank, so he was only coming back for clothes & supplies because he was going to stay at work and try to keep the systems up and running – in the comfort of a generator powered, climate controlled server room. Lucky.

So he left. There I was, sun setting, candles lit, listening to updates over the air from a tiny pocket radio with headphones that was stuffed in my Christmas stocking years earlier. I remember hearing updates on the radio; there was looting, vandalism, violence. There were reports of price gouging for gas, because some stations were charging $1/litre – which was crazy because it was unheard of at the time. Wow a lot can change in 10 years! I wish we were paying $1/litre for gas today.

I had a loaf of bread and a jar of PB, some leftover pizza in the fridge (a staple in my college life – heck, even today!), a case of water and a case of pop … so I was okay for food. I mean, it wasn’t healthy but I wasn’t going to starve.

I was bored. So very bored. I did a lot of reading and finally folded that huge pile of laundry that had been sitting around, clean, for days. The thing I remember most from the blackout is the eery silence and darkness of the night. I lived in a pretty busy area of the city, even in the middle of the night the traffic was noisy and the light pollution was pretty bright. But that night, looking out my window from the 15th floor, all I saw was darkness. It was like someone had hit the pause button on life, or unplugged urban life – which is literally what happened, I suppose. It was creepy, but very very cool. There was very little traffic out. The vehicles that DID go out – you could see coming for miles. You could see the headlights beaming for blocks and blocks through the darkness. I could see pretty much across the entire city, outlined by the blinking lights on towers in the VERY far distance – running on emergency power I suppose. I remember staring off into the dark Toronto skyline, thinking, I may never see the city like this again – and that may very well be true, you know, unless the zombie apocalypse happens in my lifetime.

I had a very restless sleep. It was hot, uncomfortable, and TOO quiet for my liking. I tried to sleep in as long as I could the next day simply to avoid boredom. Power came on late-afternoon the following day, so I was only without power for about 24 hours. I had heard power was restored in some areas after 10-11 hours, and others it took DAYS, so I am happy I didn’t fall into that category!

That’s my story. Not very exciting, but it happened. What’s yours?

Though I have many great childhood memories surrounding my LEGO collection, this graph certainly rings true! As a side note, it has been a life-long dream to one day visit LEGOLAND. Don’t judge me LOL.

When you and your boyfriend get eachother the same socks for Christmas, and then randomly wear them at the same time. 🐻🐱🍕❤️
Breakfast! 🍳🥞🥓☕
I made cookies! 🍪
Merry Christmas! The holiday season is for spending time with your family, your chosen family, your friends and those closest to you. May your Christmas be filled with peace and holiday cheer. Some turkey and a few presents never hurt. 🎅🎄❤️
When you miss your French boyfriend and French croissants, you settle for this. It's NOT the same. 🥐
I've started ordering some household supplies from Amazon. Today I got home from work and there was new deodorant waiting for me. The size of the box seems a bit overkill though. 🤷‍♂️
I brought in a #ChristmasTree to decorate the backroom at work. 🎄🎅
My new baby!
#WaybackWednesday - the night I had a sleep study 💤